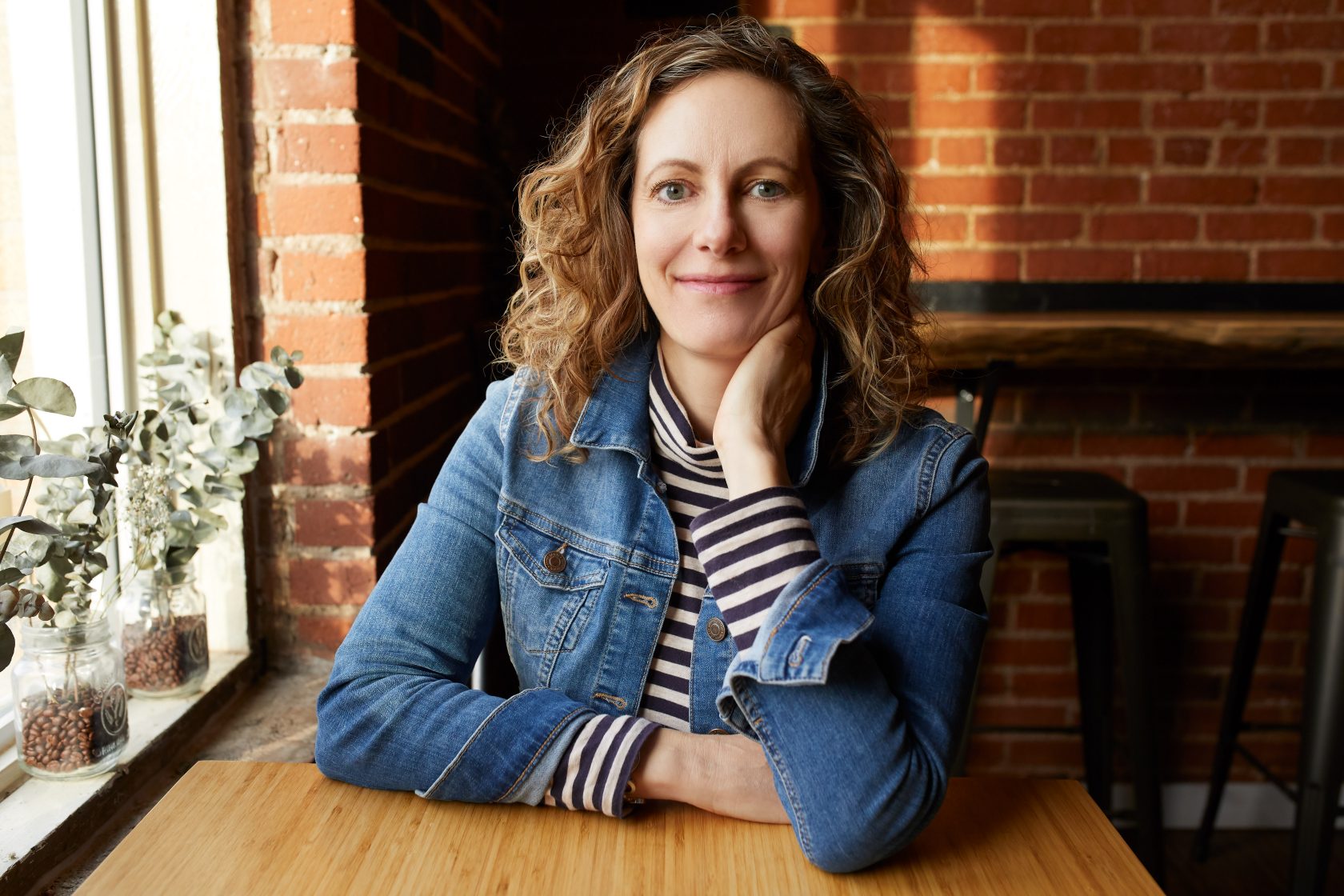 Food in a time of crisis

The ramifications of the COVID-19 pandemic on the world’s food supply could be disastrous. Hoarding, international trade disruptions, shortages of farm workers and processing plant closures, among other issues, threaten to push global food security to the tipping point. Associate professor of history Donica Belisle assesses the Canadian food security situation and puts today’s challenges in an historical context.

Food is essential to survival. It is also essential to identity. Perhaps at no greater time than the present have we been aware of these facts. As news of the COVID-19 pandemic began circulating, Canadians hurried to grocery stores, stocking up for the upcoming crisis. By mid-March, experts had begun warning against hoarding. There is plenty of food in our supply chain, they said; do not “panic buy” lest we create shortages – and very real hardships – for the most vulnerable members of our communities.

There were, however, problems emerging. In mid-April, the national media became aware of a major COVID-19 outbreak at Cargill’s meat processing plant in High River, Alberta. Given that Cargill is one of Canada’s largest beef suppliers, there was tremendous pressure to remain open. Such scenarios were repeating themselves across the country and internationally. On farms, in factories, in transportation and in retail, people are working in dangerous conditions. Labour shortages, illness, stress and overtime have all combined to make working in the food industry incredibly harrowing – and in some cases, deeply tragic.

As many Indigenous Elders, scholars and community experts point out, Canada’s greatest food crisis started approximately 400 years ago. And, it is currently ongoing. This is, namely, the colonization of Indigenous foodways.

In the early days of the pandemic, panicked shoppers rendered grocery shelves bare.  Here a shopper in Belgrade, Serbia leaving grocery store with an overflowing cart.

Meanwhile, potential supply problems loom. In some regions, food costs are going up, purportedly due to “higher operating costs, lack of availability of raw materials, and the current exchange rate,” as Atlantic Grocery Distributors put it. Local stores are scrambling to keep shelves stocked, creating frustrations for customers who only shop bi-weekly in attempts to practice social distancing. For their part, producers have been aggrieved because, although consumer demand is growing, they are having difficulty switching over product lines meant for wholesale toward the retail sector. In more remote communities, including several First Nations, concerns are increasing over reported declines in food shipments. Additionally, Food Banks Canada has launched a special appeal for $15 million because donations have been decreasing; there have also been fewer volunteers available.

As an historian of Canadian food, I have paid close attention to this developing situation. As my colleagues and I well know, it is during times of national crisis when food concerns move to the forefront of national debate. Since March 2020, Canadian food historians have used new publications and websites to share their knowledge about how Canada has coped during past food crises. We have also contributed through teaching. At the University of Regina, I am currently supervising graduate work in food history, including a master’s thesis by Brandi Adams on the history of sugar rationing during the Second World War. Between January and April 2020, I also taught an undergraduate course about the history of Canadian food.

It should also be noted that at no time in Canada’s past has there been a golden age of Canadian food. Rather, food insecurity – or difficulty in accessing food – has been a major problem in northern North America since at least the 1600s.story of Canadian food.

This course, called “Eating Canadian? A History of Food in Canada,” covers many topics, including the perennial question: What is Canadian food? Since March 2020, however, it is clear that my students and I must also ask another question, which is: How have Canadians distributed food during national crises? Fortunately, this is a question that many scholars have previously explored. As my students now know, there have been many crises affecting the history of Canadian food. Here, I will focus on three. However, it should also be noted that at no time in Canada’s past has there been a golden age of Canadian food. Rather, food insecurity – or difficulty in accessing food – has been a major problem in northern North America since at least the 1600s.

As many Indigenous Elders, scholars and community experts point out, Canada’s greatest food crisis started approximately 400 years ago. And, it is currently ongoing. This is, namely, the colonization of Indigenous foodways. Since time immemorial, Indigenous peoples have tended the environment in ways that have enabled sustainable food production, distribution and consumption. However, when Europeans began arriving, they brought their foods with them. By Confederation in 1867, the two so-called founding nations of English and French Canada were actively transposing their preferences for beef, pork, sugar and wheat upon the northern North American landscape.

As Canadian settlement increased, a battery of measures meant that Indigenous peoples began having tremendous difficulty accessing their own food. Particularly harmful have been reserves, the pass system, residential schools, private property laws, forced re-settlement, and such related events as species extinction (including wild bison) and habitat loss. For these reasons, Indigenous communities often experience food insecurity, even in supposedly normal, non-pandemic times. And unfortunately, when times are not normal, many Indigenous peoples’ food insecurity becomes acute. 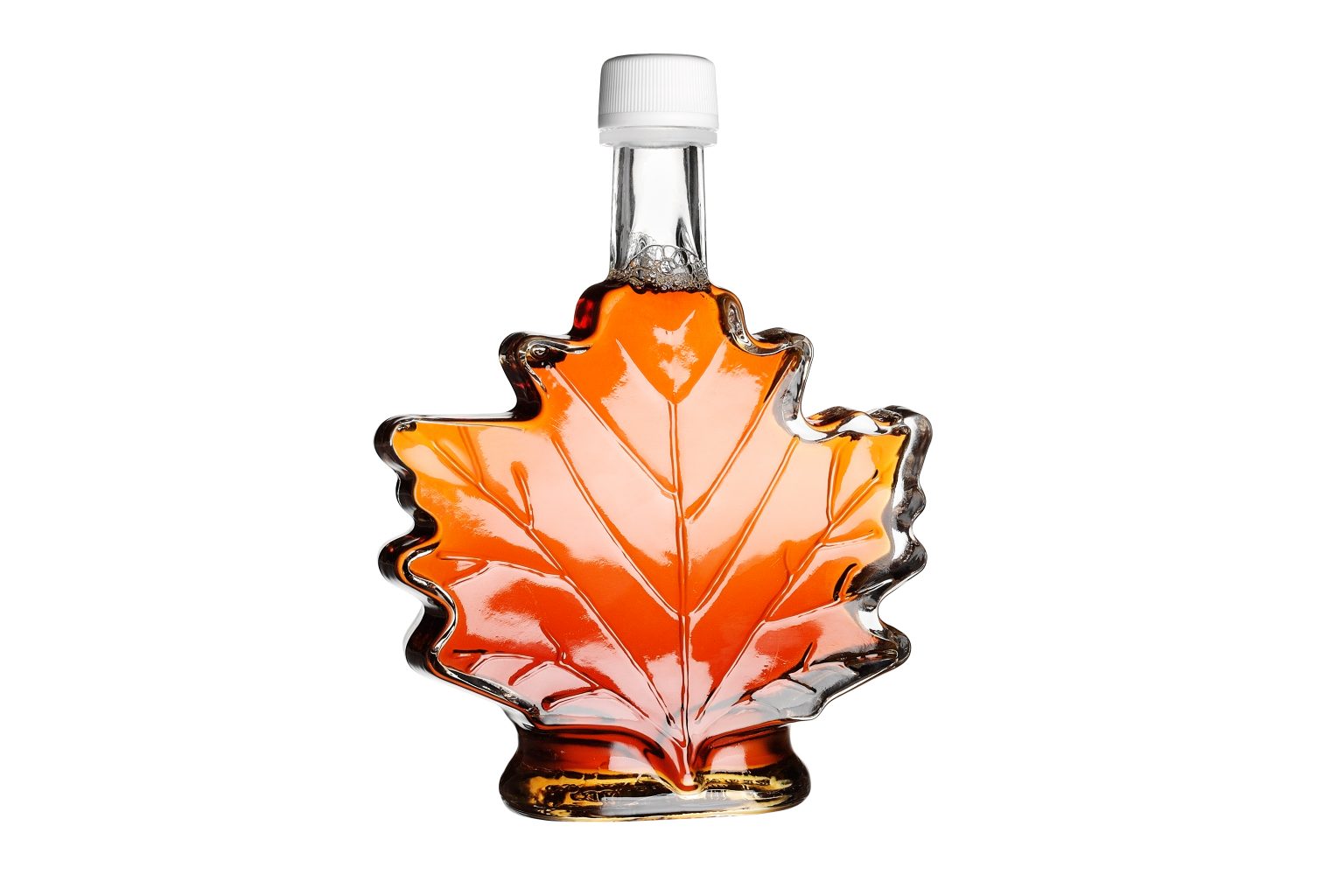 When people ask me the question – “What is Canadian food?” – my answer is that Canadian food is colonial food. Other scholars have different answers to this question; Canadian author and geographer Lenore Newman, for example, suggests that Canadian food is that which grows wild in Canada, and which Canadians particularly enjoy, including salmon, fiddleheads, maple syrup and berries. These foods are also present in Indigenous cuisines. But given that Canada is a colonial enterprise, one that has built its own food system upon already-existing food systems, it is important to recognize that Canadian food is colonial food. Moreover, so-called iconic Canadian foods such as Nanaimo Bars, poutine and butter tarts all derive from European foodways. One can certainly identify Canadian cuisine if one wishes; however, one must also acknowledge that this cuisine has a violent history, one that has marginalized Indigenous peoples, even as it has advantaged settlers.

As we grapple, again, with problems in the food supply, it is helpful to reflect on past crises. Lessons from both the World Wars offer insights into how our federal government, today, might move forward. 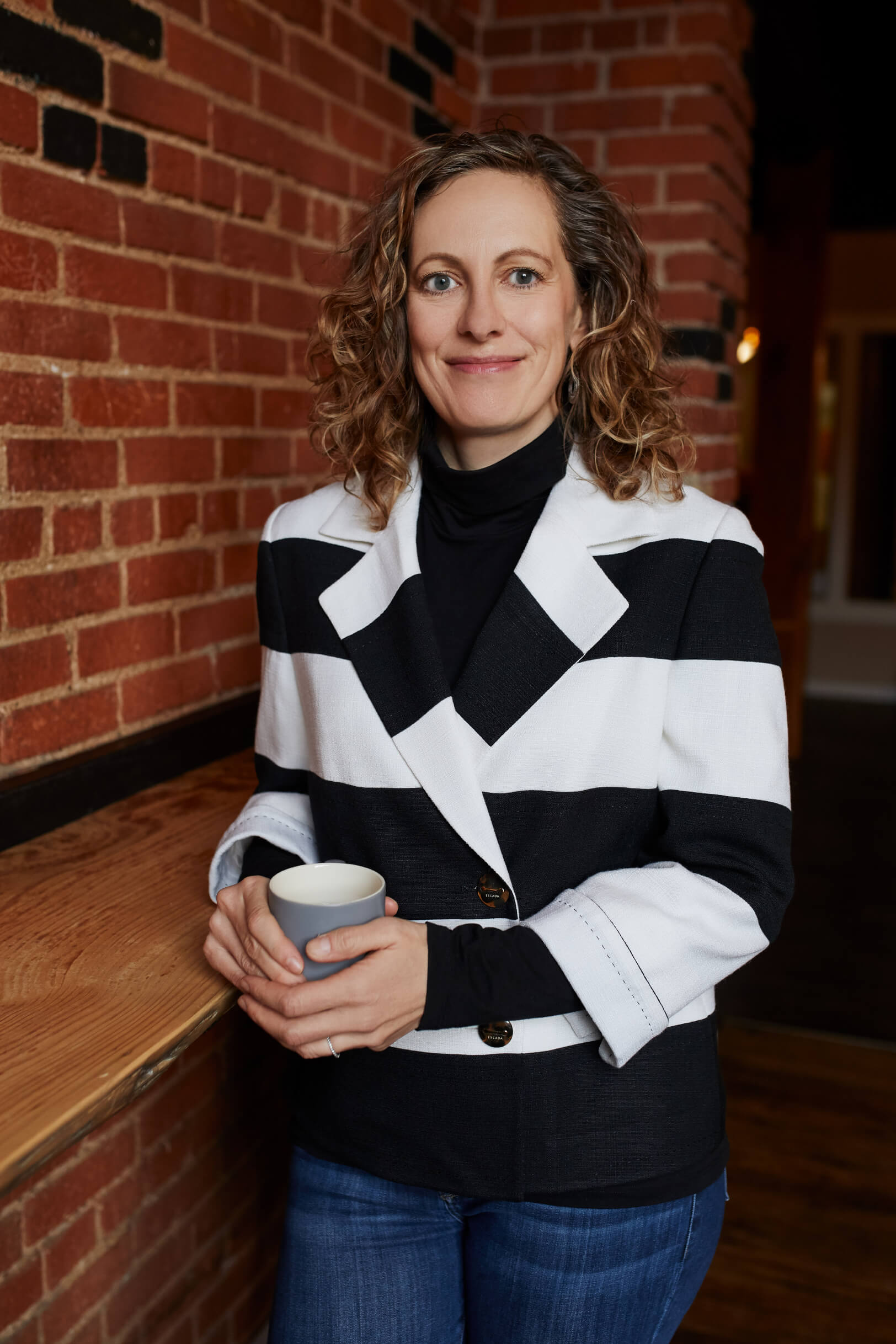 Other, more time-limited crises in Canadian food history have also occurred. Of particular note are the First and Second World Wars. During these events, the Canadian state went to great lengths to reduce Canadians’ consumption of certain foodstuffs, and to then send such foodstuffs to Great Britain. During the First World War, Britain called upon its Empire to increase their shipments of beef, pork, butter, sugar and flour. These foods were needed not only for civilians, but for the British military. In 1916, Canada stepped up production of these goods; by the end of the war, it had tripled its exports to the Mother Country. Meanwhile, on the home front, Canada introduced 28 Orders-in-Council that regulated meat, dairy, sugar and wheat consumption. At no time did Canada introduce rationing during the war; instead, through propaganda, as well as threats of fines and jail sentences, it urged civilian compliance.

Things were different during the Second World War. Having witnessed skyrocketing inflation between 1917 and 1921, in 1939 the federal state created the Wartime Prices and Trade Board (WPTB). Designed to curb inflation, reduce shortages and secure supplies for overseas, the WPTB was an unprecedented form of market control. In 1941, the WPTB introduced comprehensive price, rent and wage controls. The next year, it introduced rationing. Each Canadian household was issued a ration booklet that they used to purchase meat, sugar, butter, preserves, tea and coffee. Not until 1947, when the last of the rationing restrictions were lifted, did Canadians return to peacetime conditions. Even then, people protested. Almost as soon as restrictions were lifted, prices rose. In response, many argued that Canada should restore price ceilings. Only in this way could it guarantee nutritious food for all.

Even more importantly, we must today also recognize that even if Canada solves its food problems related to COVID-19, many in this country will continue to experience food insecurity.

As we grapple, again, with problems in the food supply, it is helpful to reflect on past crises. Lessons from both the World Wars offer insights into how our federal government, today, might move forward. Should shortages deepen, we might expect the state to introduce new measures that resemble the cautious steps taken during the 1910s. However, should both prices and availability became severe, we might expect stronger measures, ones more in accordance with those introduced during the 1940s. Through both price regulation and rationing, Canada’s federal government was able to adequately protect Canada’s food supply. In fact, price control and rationing during the Second World War actually improved Canadians’ diets. While price restrictions kept food prices at affordable levels, rationing ensured that there was usually enough food available for all but the most disadvantaged. 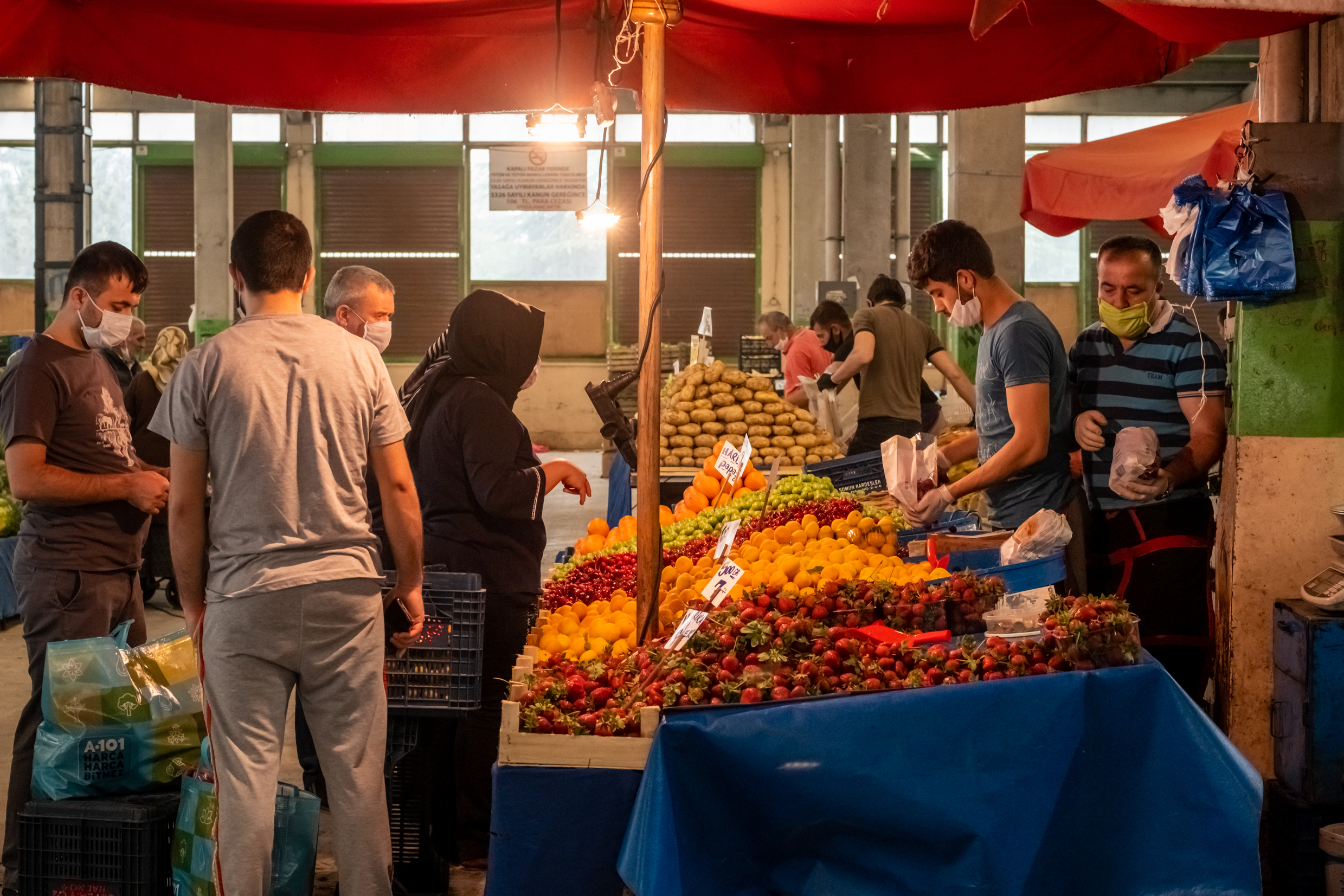 That being said, we must also remember that the crisis we face today differs in certain ways from the past. Rather than needing to regulate Canadian food consumption to fight an overseas war, we are now needing to fix current problems in our food supply.

Even more importantly, we must today also recognize that even if Canada solves its food problems related to COVID-19, many in this country will continue to experience food insecurity. Thus, even as we turn to past crises for insights into current times, so must we also remember that there are ongoing food shortages in Canada, unrelated to the pandemic, that also require urgent attention.

Donica Belisle is an associate professor in the University of Regina’s Department of History. She is the author of the books Purchasing Power: Women and the Rise of Canadian Consumer Culture and Retail Nation: Department Stores and the Making of Modern Canada.

Helping students in a time of need

The impacts of the COVID-19 pandemic are difficult enough on individuals who are fortunate to be able to work from home. Families that have endured job loss are finding it even more challenging. But post-secondary students in our communities are some of the hardest hit by the pandemic, often facing the stresses of financial hardship while trying to stay on top of daunting academic workloads. Now there is a way to help struggling students – the University’s Student Emergency Fund.

In Fall 2011, Arthur Ward BSc’17, CAdmin’17 was recruited by the University of Regina Cougars track and field team from the Caribbean island of Anguilla. To make some extra cash while studying, the triple jumper videotaped basketball and volleyball games for the Cougars’ coaches. He was also a freelance photographer for the University’s student paper, The Carillon, and worked part-time at a local camera shop. In the summer of 2015, he established Arthur Images, which remains the umbrella for all of his creative work. Following graduation, he secured a full-time job at the Regina-headquartered jewelry company Hillberg & Berk, but left to pursue his true calling – sports photography.