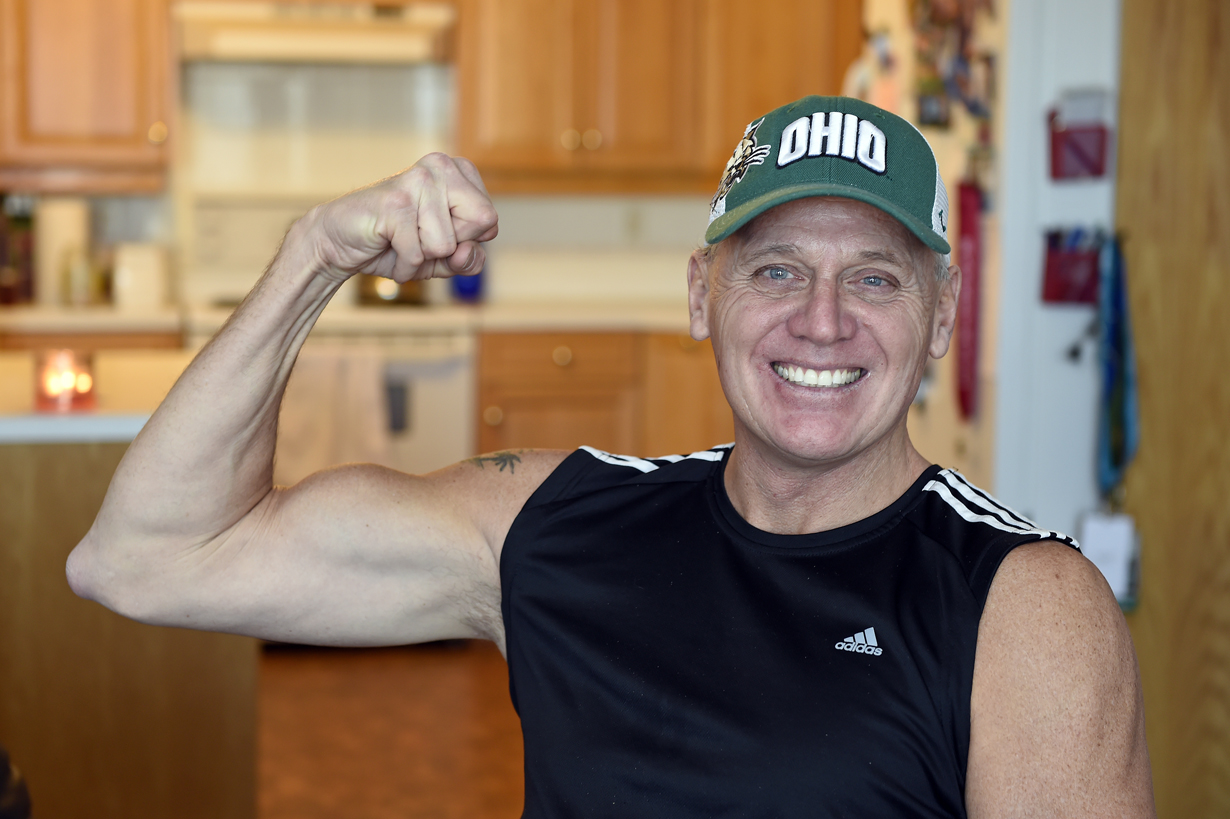 In the very first University of Regina Cougars basketball game I covered as a sports writer, Glen Nelson air-balled a jump shot straight out of bounds. No rim, no backboard, no mesh. And he was supposed to be the team’s best player!

While the fans reacted with shock and laughter, Nelson’s reaction was much more memorable: He slapped himself across the face. Hard. Twice.

“So stupid!” Nelson said afterwards. “Somebody needed to be punished for being that stupid.”

If the star player was that hard on himself, imagine how demanding he was of teammates and officials. There were no shortcuts, no uncontested rebounds and no excuses during Nelson’s five seasons (1980-85) with the Cougars. Playing before the advent of the three-point line, he set the team’s scoring record; it took 26 years and a few more career games for it be broken by Jeff Lukomski.

We talked about that during a visit in December 2018. Glen had just proudly shown me an ultrasound image of his grandchild. He was nibbling puffed-wheat cake and drinking his double-double. We were reminiscing about the good old days, about his prowess as a baseline-to-baseline player long before he was paralyzed from back surgery and dispatched to a wheelchair, only to start fending off cancer that kept causing his weakening bones to break, but never broke his spirit.

“I’ve still got the record for rebounds,” he reminded me, before adding with a chuckle, “Probably for turnovers, too.”

As a basketball player, he was tall and strapping with a mischievous, needling sense of humour and a joyful zest for life. He once permed his hair — “10 bucks from a box,’’ he said — and the ensuing action photograph, taken when he was handling a basketball and wearing his Cougars jersey, regularly appeared in my newspaper, the Regina Leader-Post. He was the first star athlete I covered in my 30-year career as a journalist and one of my favourites.

He was proud but self-effacing about his basketball career. It started at Martin Collegiate because a teacher opened the gymnasium for anybody who wanted to shoot hoops. He excelled quickly, playing for high-level, under-21 teams before winning senior championships and taking the circuitous route back to university. Four times he was the Cougars’ MVP, three times a first-team conference all-star.

The Cougars weren’t very good when Nelson arrived with long-term teammates Mark Benesh BEd’85, MEd’07 and Warren Poncsak. But they started taking big steps forward when Ken Murray, his third coach in three seasons, took over the program. The improving Cougars soon attracted the team’s first all-Canadian, Chris Biegler BA’89, BASc’96, a Regina product who ultimately eschewed the more established, successful program at the University of Saskatchewan to join his hometown Cougars. Now the team proudly represents the University of Regina, and the institution is proud of the team.

After winning the President’s Award as the University’s top graduating athlete, Nelson went to Australia to play professionally. He returned to Regina, played senior basketball, got married, and went to Europe to play professional basketball. He played in Germany and Austria, where he later coached a women’s pro team before returning home and raising two daughters, Alexis and Katie.

When his young daughters needed a coach, Nelson coached and tried wooing them to basketball. He often joked about losing his daughters to volleyball, their mother’s sport, but his pride and love for them were obvious. Glen coached some more and later became a basketball referee and scorekeeper.

When he was inducted into the Regina Sports Hall of Fame, Nelson left the hospital and doffed the surgical mask he was supposed to wear before giving an honest, emotional speech to an audience that included lots of his closest, caring friends.

“I’m so, so lucky,” he said, after telling the crowd he forgave the surgeon whose mistake left him paralyzed from the chest down and, in the same sentence, said with a grin it was OK because it meant he couldn’t feel any pain when breaking a leg while pulling on his pants.

LIT, a well-known tournament he yearnfully never got to play in, had announced Nelson was going to be its special guest in 2019. He died before the tournament, but the organizers honoured him posthumously. It truly thrilled him, knowing a Martin Monarch was finally going to be treated nicely inside the Luther High School gymnasium.