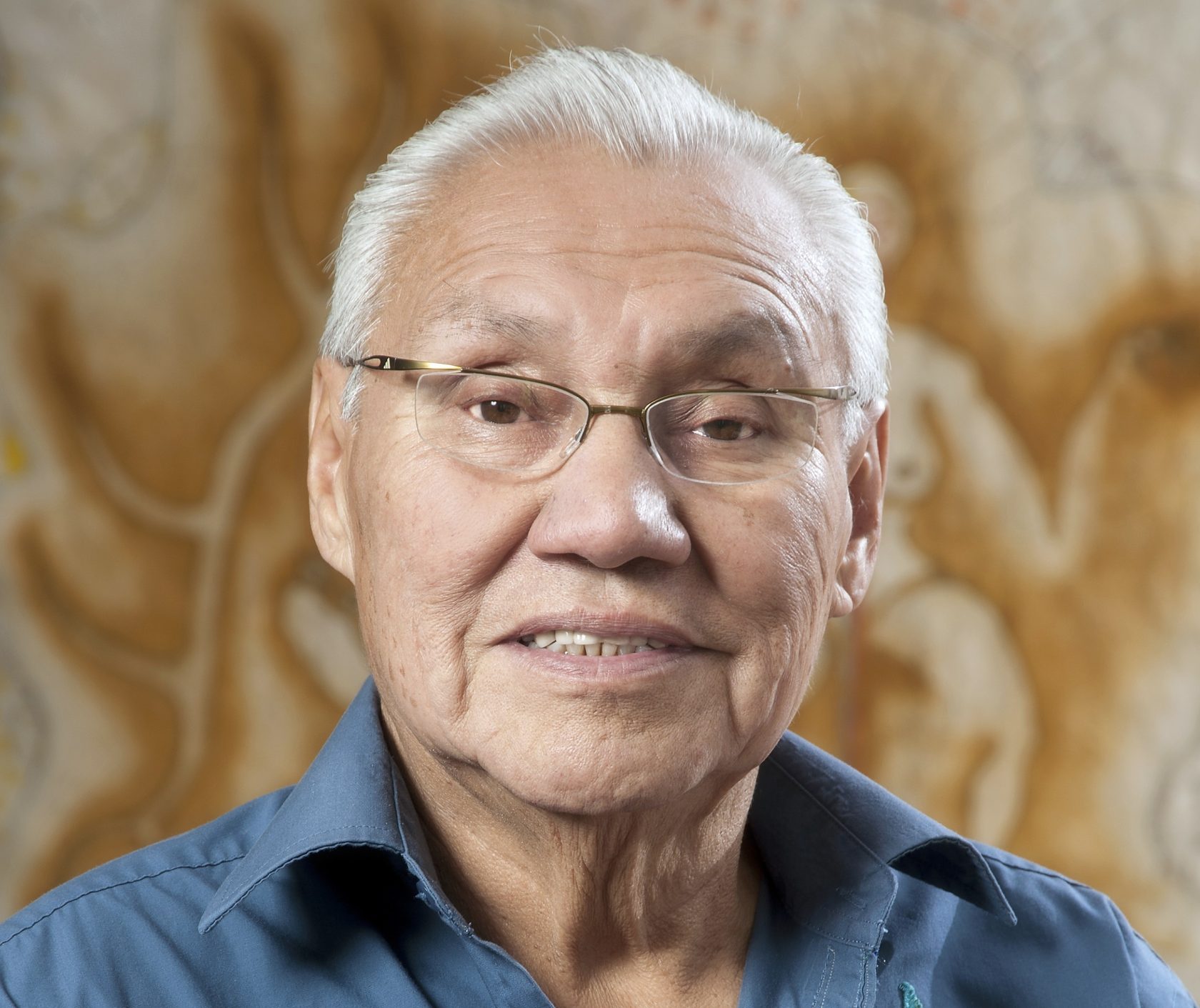 “You have to remember that you are a strong young women, who deserves everything the world has to offer you. You’re going to do that through education, but more importantly, through your identity,” Noel declared through a plume of smoke from the smudge he was burning.

I was sitting in his office in the College West building, after finding out that my mother had overdosed from drugs in BC. I was an 18-years-old, first year student, with little family support and feeling alone and overwhelmed, trying to get my life together through a university education. I will never forget that defining moment for me, when Noel called me granddaughter and helped me find my courage.

“To many, he is known as a great leader, but to his students and young people, he was our grandfather, who showed us that leadership is about dedication to our community and culture, but most importantly, to the relationships we build with one another.”

Like many other students, I met Noel through the Aboriginal Student Centre (ASC), as he was the male Elder in residence. The ASC was my home away from home at the university and I began to witness him lead and speak at many cultural activities and events. As I studied him, I could not help but be drawn by his charisma: his articulate way of weaving together and conveying powerful ideas, his ease and warmth and his ability to connect with others, especially through humour.

Noel was known for his political acclaim; beginning at the young age of twenty four as Chief of his own reserve, Starblanket Cree Nation; and later climbing the political ranks to serve as the National Chief of the National Indian Brotherhood (now the Assembly of First Nations), not once, but twice. He never boasted about his political background, and always made it a point in personal conversations, to highlight his own imperfections, always as a way to show us that the most important attributes in someone, was humility and hard work. This was evident in his choice to be called a “Life Speaker” rather than Elder or Knowledge Keeper, as Noel involved himself in a multitude of activities around the University.

In 2017, he guided and performed in our student lead performance, Making Treaty Four. Before our show on the University of Regina’s mainstage, he smudged, lead a sharing circle and spoke. Through tears, he said, “The old ones dreamt of a time when young people would come together to tell our stories and, that is what you are doing today. I am so thankful to know you young people and witness this in my lifetime.”

To many, he is known as a great leader, but to his students and young people, he was our grandfather, who showed us that leadership is about dedication to our community and culture, but most importantly, to the relationships we build with one another. Noel, you will be deeply missed, but your spirit of generosity and truth will have lasting impacts on the family you built at the University.

My history with Joe goes back to 1970 when we were both hired as professors of art at the University of Regina. We were a lot younger back then and we both had long black hair and full beards. We dressed in jeans and often wore colourful striped t-shirts. We looked like your stereotypical artists and some people around Regina had difficulty telling us apart.

“We are all richer for experiencing the power of Joe’s work in our midst.”

I remember standing at a checkout counter and being approached by a prominent Regina resident. She said, “I was in Toronto recently, Joe, and enjoyed seeing your herd of prairie cows on the lawn at the TD Centre. What a terrific installation in the financial district.” Occasionally I would just nod and graciously accept the praise on Joe’s behalf. Most times I would say, “Thank you for compliment. I’ll pass it on to Joe next time I see him.”

We both received catalogues from a prominent auction house conducting an auction of the Bronfman art collection. Several of Joe’s bronze animals were being auctioned off. Also included in the collection and attributed to Joe were my bronze tables. I phoned the auction house and asked: “Do you ever turn a work over to check for a signature? Just because the plums on my table look like goat testicles doesn’t mean it’s Joe’s work.” We laughed, and Joe signed the catalogues as Joe Cicansky while I signed Vic Fafard.

We didn’t buy into abstract expression, the current art fashion of the time, or the fundamentalist aesthetic taught in most art schools. We were independent. We created art from our own life experiences: Joe created animals and people; and I created garden vegetables and gardeners. Our careers blossomed. Joe’s more so.

Joe’s achievements are numerous and familiar to all of us who have been touched and inspired by his work. Joe is not just any Joe. He’s Joe intensified: intensified by his passion to make expressive and powerful sculptures and intensified by his gift to excite a wide audience of art lovers with his sculptures of people, cows, horses, pigs, sheep, goats, chickens, dogs and more.

Many of the ideas that Joe has developed for decades are summarized in his landscape sculpture, Le jardin de l’esprit (Mind’s Garden), on the south shore of Wascana Lake. This sculpture is in the University of Regina President’s art collection and visited by walkers in the park. We are all richer for experiencing the power of Joe’s work in our midst.