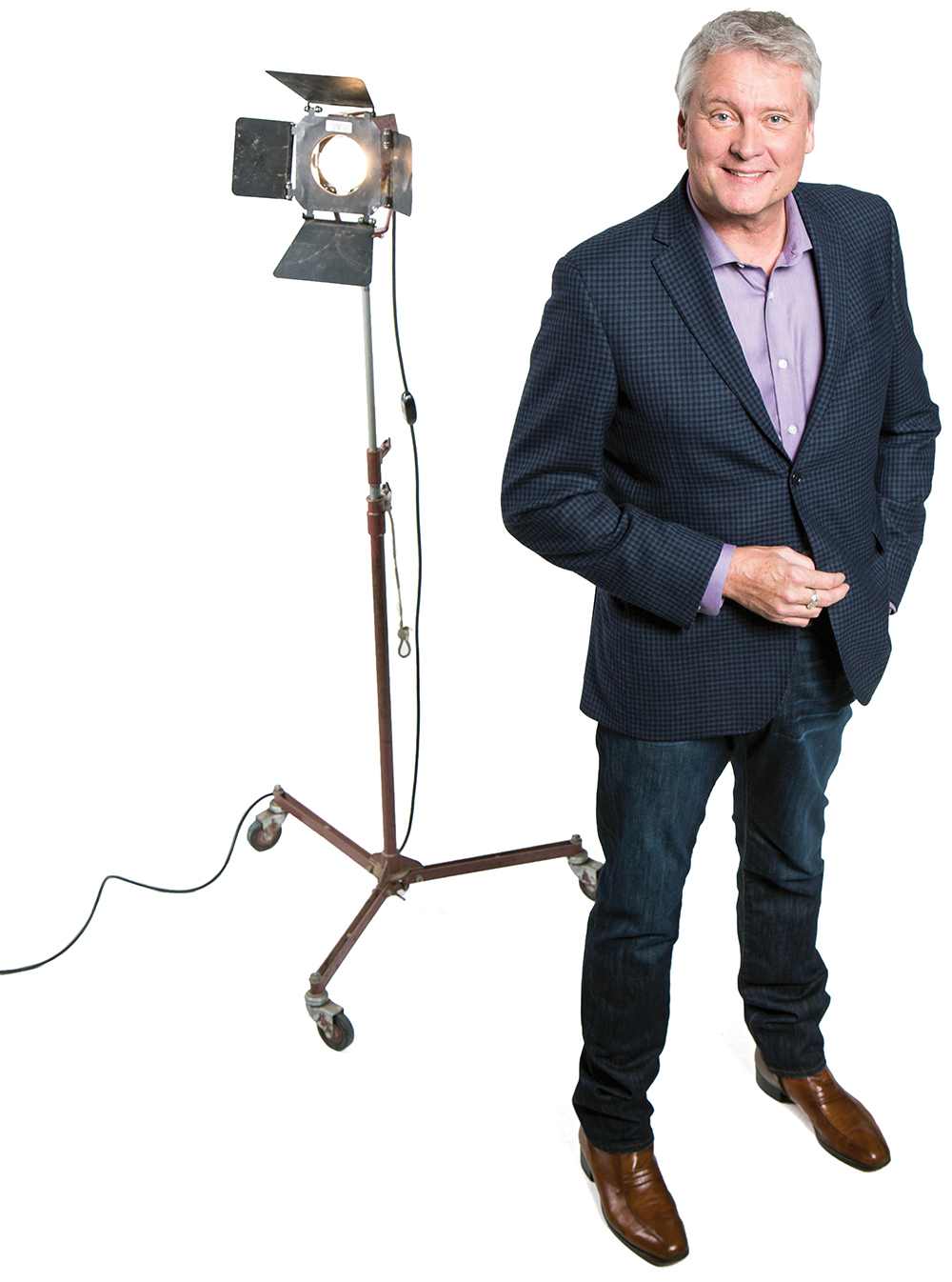 Not only is Gord Steinke BAJ&C’88 the anchor of Global Edmonton’s flagship evening news program, he’s also a bit of a Renaissance man. He is a seasoned touring musician with three albums to his credit. He authored a Canadian best selling book called Mobsters and Rumrunners of Canada. In 2012, he was appointed Honorary Lieutenant Colonel of 15 Edmonton Field Ambulance. The same year, the news veteran received a Radio Television Digital News Association lifetime achievement award for his work in electronic journalism.

What drew you to journalism?
I was always writing and storytelling as a young student in Saskatoon. In grade four, my friend and I started a school newspaper and would interview students and teachers about school events. In high school I enjoyed creative writing. That evolved into telling stories through music when I became a singer-songwriter and a working musician after high school.
What were the greatest lessons you learned while attending the University of Regina School of Journalism?
The greatest lessons were critical thinking, meeting deadlines, honing writing skills and teamwork.
What is your favourite part of being Global Edmonton’s news anchor?
amazing team to bring the best quality information and news to our viewers every day. I think our team really shines during breaking news. We worked around the clock during the Fort McMurray wildfires to bring the very latest coverage to our viewers. I was very proud when our coverage won four national RTDNA awards.
What is your advice for aspiring journalists?
Read as much as you write. Learn from the articles or broadcast news stories that grab your attention and tell the story in a compelling way. Be critical of what you write. How can you tell the story better? Check and triplecheck your sources. Be honest.
You were on the road for years as a touring musician. What does playing music in front of a live audience give you that delivering the news doesn’t?
Ha ha, good question. Applause? Seriously, performing music live is always a good physical workout and it’s a nice diversion from the whirlwind of daily news. It’s a good stress reliever. I’d put it right up there with riding motorcycles.
How would you characterize the satisfaction you get from your involvement in the charities you support?
I feel it’s an absolute privilege to be able to give back to the community that has given me so much. I enjoy getting out in the community to support and work with local charities. Whether it’s Kids with Cancer, Habitat For Humanity, No Stone Left Alone or Motorcycle Ride for Dad, it’s a pleasure to support these worthwhile organizations and give them airtime and publicity to help them reach their goals.
You were appointed Honorary Lieutenant Colonel of 15 Field Ambulance (Edmonton). What does that mean to you?
It was a huge honour and completely unexpected. My grandfather was a decorated First World War veteran. It’s been an amazing experience.
Finish this sentence: While not working, I most enjoy…
Spending time with my family and dog, riding my motorcycle and playing music. I’m a bit of a news junkie, so part of my day is always spent catching up on local, national and international news on social media, newspapers and TV.

Adam Serblowski BASc’08 describes himself as hardworking, driven and always up for a challenge. With these qualities, he was just the man to lead Royal Dutch Shell’s quest to develop the world’s first resident, mobile robot designed to operate in potentially explosive environments.