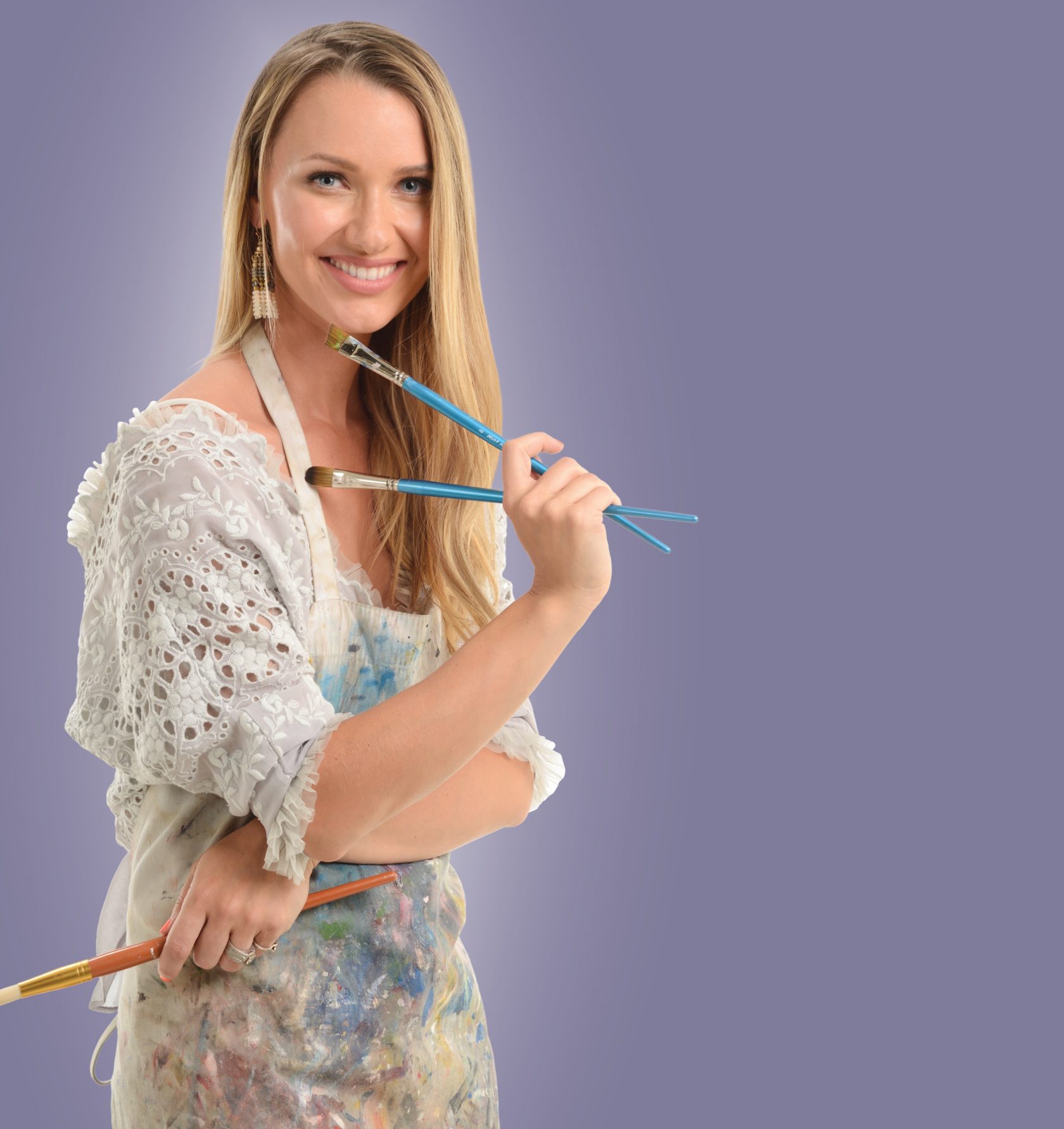 Over eight months and six rounds of chemo treatment, Brianne discovered a new community: other cancer survivors. She realized that she wanted to use her art to give back to her family, friends, other survivors, her doctor, and social work team for all the “amazing” care and support she received. Chan-neling her artistic talent, she teamed up with photographer Kiriako Latridis to launch the Five Stages Art Show, exploring the grief she experienced throughout her cancer journey. The incredibly successful show raised a total of $47,000 for cancer care through Hospitals of Regina Foundation and $16,000 for the Allan Blair Cancer Centre.

With the cancer in remission, Brianne launched Arthouse, a small business where she is able to work as a commissioned artist, as well as facilitate arts-based programs and free art classes for cancer patients and survivors.

“I see the same resilience in other survivors that I recognize in myself and a strong sense of community and understanding develop,” observes Brianne who, in May 2019, hosted a solo exhibition, Someone You Know, featuring painted portraits of 12 women from the Arthouse classes.

Growing up on a grain farm, Brianne learned the value of community and how a tightknit group of neighbours can foster a sense of communal compassion, generosity, and accountability. Earning her Arts Education and Arts degrees at the University of Regina provided Brianne with opportunities to grow as an individual, an artist, and as a part of a larger community.

Her time at the U of R provided Brianne with, “a place to explore, make mistakes, and be creative.” A proud U of R alumna, Brianne is honoured to have been nominated for this award and thankful to have her work recognized in this way. Brianne’s connection to the University will continue; she is planning to return to her alma mater to pursue a Master of Fine Arts degree.

Sponsored by The University of Regina, Faculty of Arts.

Paul McLellan not only graduated from the University of Regina, but also champions his alma mater every opportunity he gets. A self-described life-long learner—he received a Bachelor of Business Administration from the U of R in 1981, trained at SIAST (now Saskatchewan Polytechnic) to become a journey person electrician in 1982, and returned to U of R to receive his Executive MBA in 2009—and passionate ambassador for the University of Regina, Paul served on University’s Board of Governors from 2008-2015. He served as Chair from 2011 to 2013.