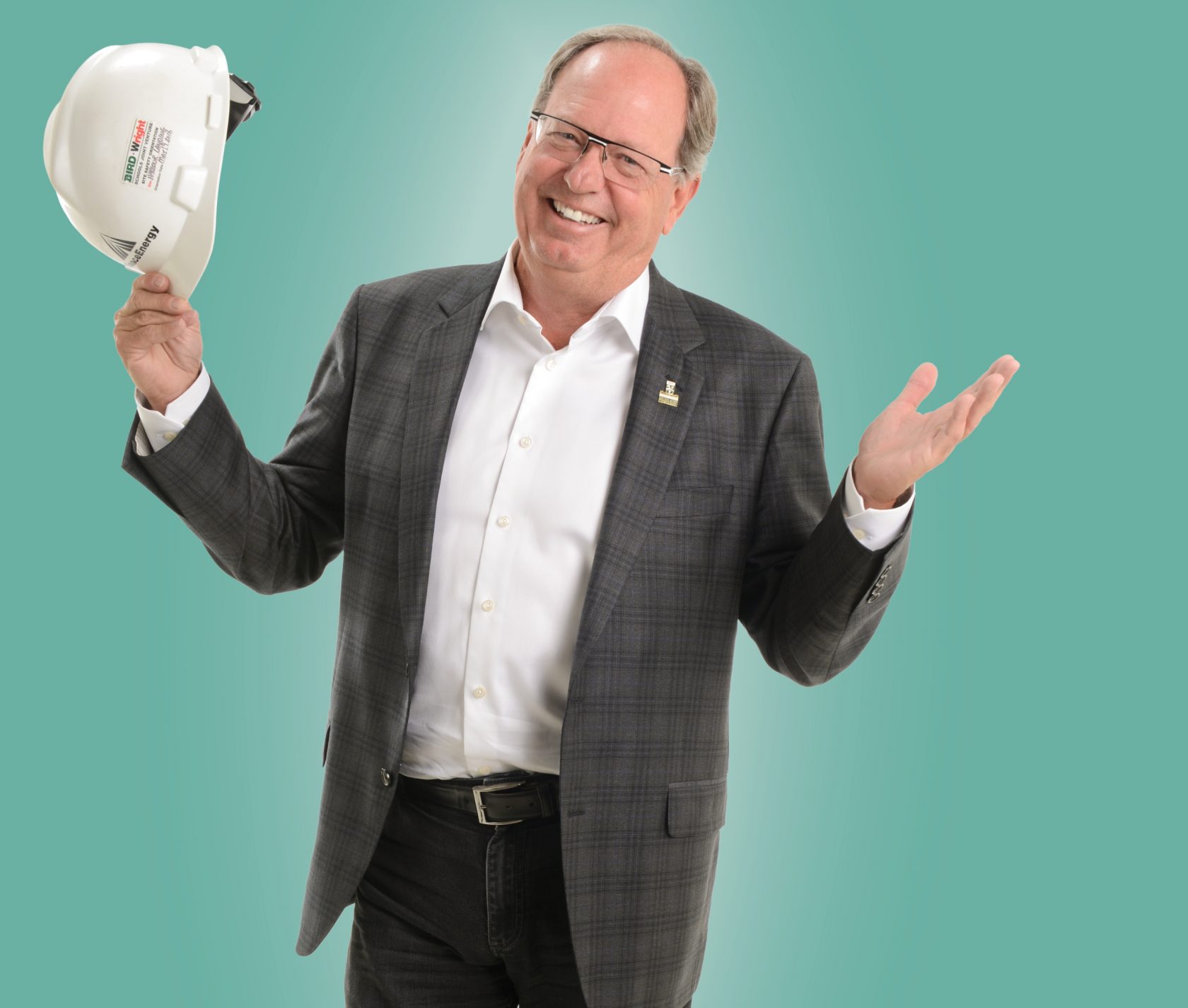 Dr. Robert & Norma Ferguson Award for Service to the University

Paul McLellan not only graduated from the University of Regina, but also champions his alma mater every opportunity he gets.

A self-described life-long learner—he received a Bachelor of Business Administration from the U of R in 1981, trained at SIAST (now Saskatchewan Polytechnic) to become a journey person electrician in 1982, and returned to U of R to receive his Executive MBA in 2009—and passionate ambassador for the University of Regina, Paul served on University’s Board of Governors from 2008-2015. He served as Chair from 2011 to 2013.

His tenure on the Board included the launch of the College Avenue Campus Renewal Project, saying that “much of what we learn is back on what has gone on before, so renewing the historic campus is the best of both worlds.” During his time on the Board, the University also experienced record-breaking undergraduate student enrolment and pursued the implementation of initiatives to increase opportunities for Indigenous students.

As Chair, he led the Saskatchewan Apprenticeship and Trade Certification Commission through a period of renewal that significantly increased the number of Indigenous students in Trades. During Paul’s final year as Board Chair, the University began developing a new strategic plan that placed a priority on achieving higher levels of Indigenous student participation and building awareness of Indigenous culture across the University. “Titled peyak aski kikawinaw – in Cree, Together We Are Stronger- the plan demonstrates the importance of Indigenization and the University’s commitment to fulfilling the Truth and Reconciliation Commission of Canada’s calls to action.”

Paul, CEO of Alliance Energy, one of Canada’s Best Managed Companies is a member of the Saskatchewan Construction Hall of Fame, now brings his vast experience and business acumen to his service on the University’s Past President’s Advisory Circle and as a member on the Paul J. Hill School of Business Leader’s Council, continuing to leave his mark on our campus.

Paul shares a personal connection to Dr. Robert Ferguson, one half of the duo for whom this award is named: “I knew Bob 25 years ago, and really respected him, so that makes this very special. It’s also humbling to receive an award from a place that gave me so much.”

Sponsored by the University of Regina.

Still early in his career, Tyler Willox has already established himself as a leader within Regina’s business community. While a student at the University of Regina, Tyler founded the Regina chapter of 5 Days for the Homeless, served as Vice-President the student union and as President of the Business Students’ Society, as well as a member of the U of R Senate.

WP_Post Object ( [ID] => 3670 [post_author] => 7 [post_date] => 2019-12-05 14:50:29 [post_date_gmt] => 2019-12-05 20:50:29 [post_content] => Life threw Brianne Urzada a curveball when at 23 she was diagnosed with stage three Hodgkin’s lym-phoma. While undergoing chemotherapy, the arts educator realized she could not control her cancer, but she could control how she recovered. Over eight months and six rounds of chemo treatment, Brianne discovered a new community: other cancer survivors. She realized that she wanted to use her art to give back to her family, friends, other survivors, her doctor, and social work team for all the “amazing” care and support she received. Chan-neling her artistic talent, she teamed up with photographer Kiriako Latridis to launch the Five Stages Art Show, exploring the grief she experienced throughout her cancer journey. The incredibly successful show raised a total of $47,000 for cancer care through Hospitals of Regina Foundation and $16,000 for the Allan Blair Cancer Centre. With the cancer in remission, Brianne launched Arthouse, a small business where she is able to work as a commissioned artist, as well as facilitate arts-based programs and free art classes for cancer patients and survivors. “I see the same resilience in other survivors that I recognize in myself and a strong sense of community and understanding develop,” observes Brianne who, in May 2019, hosted a solo exhibition, Someone You Know, featuring painted portraits of 12 women from the Arthouse classes. Growing up on a grain farm, Brianne learned the value of community and how a tightknit group of neighbours can foster a sense of communal compassion, generosity, and accountability. Earning her Arts Education and Arts degrees at the University of Regina provided Brianne with opportunities to grow as an individual, an artist, and as a part of a larger community. Her time at the U of R provided Brianne with, “a place to explore, make mistakes, and be creative.” A proud U of R alumna, Brianne is honoured to have been nominated for this award and thankful to have her work recognized in this way. Brianne’s connection to the University will continue; she is planning to return to her alma mater to pursue a Master of Fine Arts degree.

Sponsored by The University of Regina, Faculty of Arts. [post_title] => Brianne Urzada BEd’12 (Dist.), BA’14 (Dist.) [post_excerpt] => Life threw Brianne Urzada a curveball when at 23 she was diagnosed with stage three Hodgkin’s lym-phoma. While undergoing chemotherapy, the arts educator realized she could not control her cancer, but she could control how she recovered. [post_status] => publish [comment_status] => open [ping_status] => open [post_password] => [post_name] => brianne-urzada-bed12-dist-ba14-dist [to_ping] => [pinged] => [post_modified] => 2019-12-11 10:09:02 [post_modified_gmt] => 2019-12-11 16:09:02 [post_content_filtered] => [post_parent] => 0 [guid] => https://www.degreesmagazine.ca/?p=3670 [menu_order] => 0 [post_type] => post [post_mime_type] => [comment_count] => 0 [filter] => raw ) WP_Post Object ( [ID] => 3684 [post_author] => 7 [post_date] => 2019-12-05 15:01:22 [post_date_gmt] => 2019-12-05 21:01:22 [post_content] => Still early in his career, Tyler Willox has already established himself as a leader within Regina's business community. While a student at the University of Regina, Tyler founded the Regina chapter of 5 Days for the Homeless, served as Vice-President the student union and as President of the Business Students' Society, as well as a member of the U of R Senate. Tyler graduated from the University of Regina with a Bachelor of Business Administration degree in 2011. As president of the Business Student Society, he founded the Regina chapter of Five Days for the Homeless, where five students from the Hill School of Business experience temporary homelessness and raise funds for local charity Carmichael Outreach. "Five Days demonstrates to the university community, and the larger community, that business students do care," he says. During his time as a student, Tyler also served as Vice-President of the Students' Union, and as a member of the U of R Senate. He has been involved with JDC West, an annual undergraduate business competition for students from 12 business schools across western Canada, as a competitor, organizer, and mentor. He was on the Hill School team for three years, and vice-president for the organizing committee when the University of Saskatchewan hosted the event. "It's where I met my fiancé, and I have friends literally all over because of it." In 2017, based on his achievement up to age 29, Tyler was named one of CBC Saskatchewan's Future 40 winners having been the youngest Chair of the Board of Directors in the history of the Regina & District Chamber of Commerce and for having been selected to represent Canada at the 2017 G20 Young Entrepreneur's Alliance Summit in Berlin. As well, he is noted for having assisted Information Services Corporation (ISC) for having transitioned from a Crown corporation to a publicly traded company. Tyler continues to work with ISC as a Strategic Advisor, Corporate Development, pursuing growth opportunities for the company worldwide. Tyler sits on Board of the Saskatchewan branch for the Canadian National Institute for the Blind, where he led the first stages of integrating vision loss rehabilitation into provincial healthcare. He also serves on the Regina Airport Authority Board. As a leader in Regina's business community, he is often spotted on the U of R campus meeting with students and encouraging the next generation of leaders. The 2019 ACAA recipient of the Outstanding Young Alumni Award can be overheard speaking passionately about the future of our city, saying, "We need educated people to stay here and help build this amazing community." Sponsored by First Nations University of Canada.